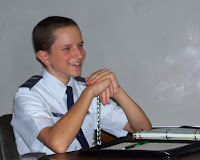 The newest chairman and vice-chairman of the Group III Cadet Advisory Council are members of the Bowie Composite Squadron.

C/Capt. Erich Welch is the new chairman and C/CMSgt. John Brennan will be second in command. Both were elected to their positions by the cadet members of the CAC. 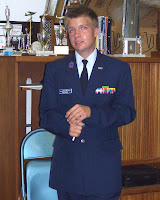 Turnout for the elections was very light. Cadets are encouraged to attend and participate in the council's activities. CAC provides a voice for cadets to the wing. The organization is also responsible for planning cadet activities.

The Group III Cadet Advisory council meets monthly at the Annapolis Squadron in Edgewater, Maryland. For more information on the council, email at CXO@BowieCap.org.