Local Squadrons Participate in the Parade of Paws 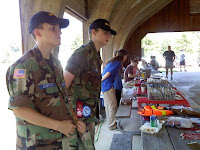 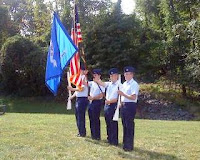 Local CAP members recently helped out at a fundraiser for a local non-profit organization devoted to helping animals.

Cadets from Prince Frederick Squadron presented the colors during the singing of the National Anthem during the Parade of Paws Walk at the Kinder Farms Park in Millersville, Md.  In return the event organizers allowed CAP to set up a recruiting booth which was manned by members of the Bowie Squadron. 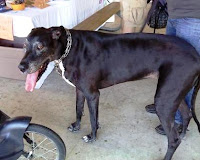 The event was hosted by the The Mid-Atlantic Great Dane Rescue which raises money to help abused and abandoned Great Danes.