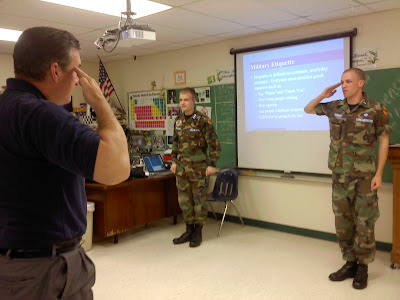 Cadet Col. John Brennan and 1st Lt. Justin Gronert recently planned and held a military customs and courtesies class for senior members at the Bowie Squadron.  Participants included long-time members and a few that had just joined in the last few weeks. 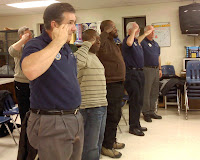 The hour-long course covered the history of customs and courtesies, grade structure of CAP and the various branches of the armed forces, saluting, honoring the flag and reporting in.  Following formal instruction, participants practiced what they had just learned.

A senior member suggested holding the class after he realized he was unfamiliar with who and who not to salute during a visit to a military base.